Nursing in the bushfire disaster

During the bushfires in Australia, our sadness and fears were mixed with gratitude for the emergency workers, who put their lives on the line to help – one of the volunteers was Andrea Hall.

Over summer, the world watched in horror as bushfires set Australia ablaze. Our sadness and fears were mixed with gratitude for the emergency workers, including volunteers, who put their lives on the line to help – one of those volunteers was Andrea Hall.

Andrea’s a Registered Nurse with expertise in emergency nursing and mental health, and a Senior Nursing Facilitator at Think Education and Torrens University Australia.

Determined to contribute to the bushfire effort, Andrea contacted Medical Rescue Australia, a group of medical professionals that works with the government in times of mass disasters.

I emailed and said, ‘I’m a clinician, a project manager and an educator. I want to help. What can I do?’ They rang first thing the next morning and offered me a deployment to Mallacoota, in far eastern Victoria.

Everything was just black

The town was completely cut off. A few days earlier the Australian Navy had evacuated over 1,000 people by sea and air. So Andrea, two other nurses and a doctor had to fly in.

We were flying into a town that had been classified as state of disaster. Smoke covered the forest, and as we landed, the trees and everything were just black. I had never seen such devastation. Driving from the airport, it looked like a bomb had been dropped.

Welcoming them, the doctor in Mallacoota said that if the four volunteers hadn’t arrived, the medical centre would have to have closed. People had to flee for their lives

Andrea’s patients were a combination of locals and holidaymakers, there for Christmas.

Some were in complete shock and utter disbelief. People had to flee for their lives. I worked with people who had to run into the ocean carrying their children because the fire had surrounded the beach.

Andrea’s range of Nursing skills meant she could conduct comprehensive nursing assessments of people who’d sustained physical injuries as a result of the fire and smoke, and attend to those suffering mental injuries from the trauma of the situation.

A lot of my work was simply listening and acknowledging that the feelings people had were normal consequences of an abnormal event. It had a profound effect on me, because it was heartbreaking to see the devastation that people had been through.

If I didn’t know what I do know about trauma, I would’ve been able to help these people as effectively. I truly believe it was meant to be there.

Andrea did two stints at Mallacoota and was there for 17 days in total.

I was just doing what I know how to do. Just being a nurse. It wasn’t hard for me at all. But coming home was hard. Leaving those people behind.

Bringing her experiences into the classroom

I’ll certainly use the experiences I’ve had over summer as teaching tools in the classroom.

Nursing skills are needed everywhere, as Andrea’s story shows, from city hospitals to small towns. And when you’ve graduated as a nurse so many opportunities will open up, if you’re proactive in finding them.

I only had to send one email and I was off on probably one of the biggest experiences of my life. If you put yourself out there, you would be surprised where you can end up.

Amidst the horrors of the fires, Andrea celebrated her birthday. Word spread and when she went to dinner at the local pub, the place was packed with towns people, Defence personal and SAS, volunteers, the police and fire fighters. And when she cut the cake, ‘I had everyone singing me “Happy Birthday”.’

Ready to create your own opportunities?

Want to create your own life-changing opportunities as a Registered or Enrolled Nurse, and learn from lecturers such as Andrea Hall? Find out about our HLT54121 Diploma of Nursing here. 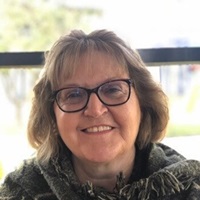